Below, we’ve collected 10 of the real change management influencers in 2019.

To make it easy for you to access their work, each profile below has links to:

In no particular order… 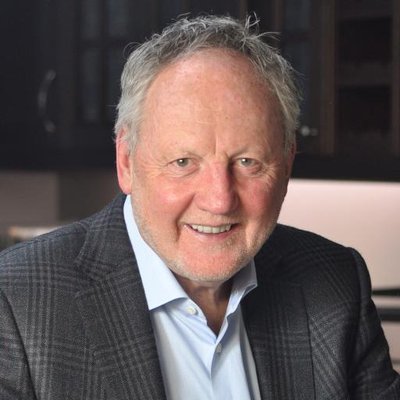 Michael Fullan is an educational consultant, speaker, and author.

He is a prolific speaker and writer who focuses on change in education.

Fullan has also received multiple honorary doctorates from universities around the world.

His books on change and change management include:

To name a few.

In addition to his accolades and professional accomplishments:

“Your best source of learning is day-to-day practice because it is only experience that can engage and reshape the brain.”

“The effective change leader actively participates as a learner in helping the organization improve.”

“Change really isn’t as hard as we thought if we capture people’s interest and give them enjoyable, worthwhile experiences.” 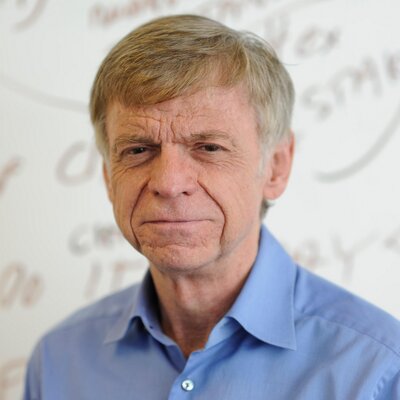 Everyone familiar with change management knows the name John Kotter.

Kotter’s work has helped shape the discipline of change management.

Of course, most people know Kotter for his published works and thought leadership.

Over the course of his career, Kotter’s accomplishments have made him famous:

These examples hardly do justice to John Kotter, whose works are often compulsory reading in change management courses around the world.

“Leaders establish the vision for the future and set the strategy for getting there.”

“Transformation is a process, not an event.” Dean Anderson and Linda Ackerman Anderson run Being First. Their consultancy specializes in organizational transformation for Fortune 1000 companies, the government, and non-profits, among others.

Linda Ackerman’s list of accomplishments is just as impressive:

Together, they have had a deep impact on the field of change management.

Their influence can be seen in a variety of areas:

More information about them can be found at the Being First website.

A few quotes that illustrate their thoughts on change management:

“Because mindset is the foundation of action and outcome, achieving breakthrough results usually requires a transformation of mindset. This transformation enables new possibilities as expanded perspectives fuel greater courage for action, creativity, and innovation. -Dean Anderson”

“It takes courage and a bold stance to establish a vision that is truly extraordinary. Most leaders don’t reach far enough because they don’t see the true capabilities of their people and organization. -Dean Anderson”

“In today’s marketplace, change is a requirement for continued success, and competent change leadership is a most coveted executive skill. -Beyond Change Management”

“Leaders need to understand what transformation requires and recognize that they need an approach to leading organizational change that will deliver their transformational outcomes. To be blunt—fast and simple fails. -Linda Ackerman Anderson”

“Our brains are hardwired to resist change. When change (especially organizational change) is mentioned or introduced, it often triggers a fear response, which is why most of us are so darn resistant to our familiar world deviating from what we know, even by the smallest degree. -Linda Ackerman Anderson”

His business focuses on innovation, whole systems change, and more.

Throughout his career, Leith has accomplished many things:

There are several places you can find Leith’s material online.

Though active on LinkedIn, Leith’s biggest contributions come from his career history.

Over the years, he has made a number of contributions to the fields he practices in.

A few examples include:

To name a few.

Here are a few of his thoughts on change management and generative intervention:

“Generative individuals, workgroups and organizations shun the status quo and show disdain for mediocrity, seeking instead to create that which improves people’s lives and makes the world a better place.”

“Value does not rest inside a product, waiting to be delivered as if by FedEx. Value is generated through an interaction between the user and the value generator … products, services, facilities, establishments, and events.”

“Vision is an imagined scenario of realised potential; a depiction of how the world (customers, other stakeholders and wider society) will be enriched when the enterprise is deploying its value generation capability without constraint and living its purpose to the full.”

He works as a coach and consultant, teaching companies how to apply Agile, Lean, and Lean Startup practices to organizational change.

He currently speaks, writes, and teaches about his methods to businesses around the world.

Little is an active participant in the Agile and change management communities:

“What you do as a change agent is the same, but how you do it if you’re applying agile/lean thinking is drastically different.”

“Change resistance and the “70% of changes fail stat” are both nonsense and useless to talk about because neither help you move forward, they anchor you.”

“Great leaders know their context, look around internally and externally, try small experiments, get feedback, inspire others to action, and deal with the s**t when it comes raining down.”

For more information on Jason Little, visit his website.

Torbin Rick is a thought leader in the change management industry, with one of the most-read blogs on the web.

He is a senior executive with a track record of implementing organizational change, business development, and turn-around.

Throughout his career, Rick has had a history of successful accomplishments:

Rick has written extensively about leadership, strategy, change management, and other business topics.

Online, he has a wide following:

On top of these accomplishments, Rick has written articles for a variety of business-related publications across Europe.

A few of his quotes on change management:

“When change initiatives fail, the culprit is often a lack of good communication from management. But that’s not always the whole story. Communication isn’t just about what management says – it’s also about how employees listen.”

Mark Murphy is the founder of LeadershipIQ, a New York Times bestseller, and Forbes contributor.

His areas of specialty include hiring, employee engagement, and leadership.

Murphy has a number of accomplishments to his name:

His research and success have helped him build a considerable presence online.

Murphy has a large following, both online and off:

A few of Murphy’s notable quotes include:

“The reason you deliver constructive criticism is to create positive change.”

“In tough times, there’s a natural tendency for leaders to shy away from employee interactions … But leaders need to push through this, because when people are scared, they need positive human interaction.”

“Most workplace disruptions are going to require some support to get off the ground. And that’s why we need to ensure that we’re seen as ‘positive disruptors’ and not merely disruptive.”

To learn more about Murphy’s work, visit his website. 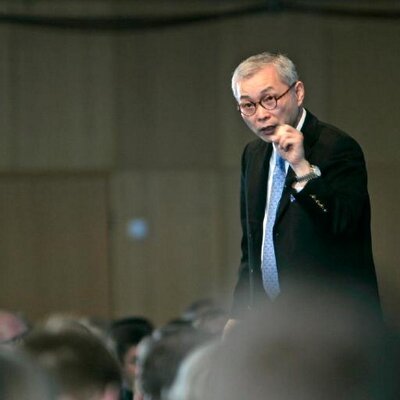 Kim was born in Korea, then went on to build a very successful career:

His ideas have become influential in a variety of business fields, including change management.

Over the course of his career, Kim has become well-known:

A few of his quotes on change include:

“In any organization, once the beliefs and energies of a critical mass of people are engaged, conversion to a new idea will spread like an epidemic.”

“Influencers act like kingpins in bowling: When you hit them just right, all the pins topple over. Getting the key influencers motivated frees an organization from having to motivate everyone, yet everyone in the end is touched and changed.”

“Even though value innovators do not set out to build advantages over the competition, they often end up achieving the greatest competitive advantages.”

For more information on Kim’s work, visit his faculty page at INSEAD.

Esther Cameron is a change consultant, facilitator, and coach.

Change management has been Cameron’s specialty for over 25 years:

For those interested in her ideas and writings, much of it can be found online.

Cameron’s influence can be found in several places:

A few of her insights on leadership and change management:

“Learning to lead is not a purely intellectual or cognitive pursuit, it is a whole-body experience involving the head, heart and belly. Leadership needs to be learned through practice in ‘live’, emotionally stretching situations, where outcomes really matter.”

“Conflict is experienced by almost everyone as a difficult disturbance, but it’s a necessary part of the process of being alive … The way an Executive Team deals with conflict is absolutely central to its ability to ride the waves of change and provide the creative forms of guidance and support their organisations need to succeed.”

“It takes considerable skill for a leader to remain detached enough to know, not only how, but also when, to act – especially when there is such pressure for tangible progress and focus on the bottom line.”